My story is one of joy and sadness, of ups and downs and successes and failures. But above all it has been a wonderful journey of growth as I have explored the frontier between my own stories and the world. I have come to see how much I considered real and fixed were just stories I or others made up. Through conversation with coaches, mentors and elders I have embraced the changes I was being called to make and continue to do so.

I offer to join you on your own journey through time but above all I offer you a sanctuary where you can take off the armour, lower the defences and play with who you are and who you might become! 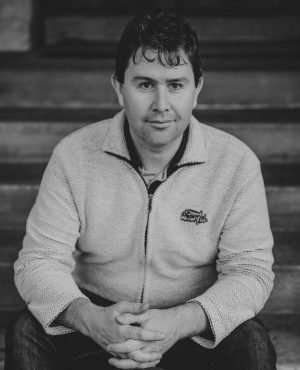 My Story of Time

I have been fascinated with time my whole adult life. It started right out of college when I took a job as a Project Manager. Managing large teams for multinational clients across a host of time zones meant being in early and leaving late. Weekdays were intense. In that role, I scheduled every minute of every working day. I was so exhausted by Friday that the weekend was basically to recover for the next week.

Then I got promoted and took on more responsibility and other people’s pressures. Weekends got that bit shorter. I invested significant time in becoming Mr. Productivity but it still wasn’t enough. To do lists got longer and never-ending. My relationship with time was that it had to be lived at full-speed all the time. I really didn’t have anyone to call on to chat through what might be right for me and ultimately elected to speed up.

That was when an idea for a start-up with some friends came along. With the time to market monkey on our backs there was rarely any downtime. Weeks now had seven work days. We became less creative, more stuck in our ideas and ultimately less productive. It also took a toll personally but the treadmill kept moving so I kept running.

Until one day I realised I had control over the speed of the treadmill. That was a good day! In fact, my wife and I embraced every cliché possible and went to live on a beach and raise our kids in an environment where we could spend meaningful time with them. That didn’t mean life didn’t have its deadlines or time pressures. In fact, in the meantime, I have founded and managed a number of businesses with my wife but we always kept the lens of “why are we doing this” close by and a keen sense of how to use time to create as many moments as possible each and every day. It is an ongoing journey of judging when it makes sense to slow down and when to benefit from speeding up and it is one I would love to share with you.

Because of the time I have spent living in Belgium and Catalonia, I am comfortable doing bilingual sessions where the client speaks French / Catalan and I speak in English. Anyone who has experienced bilingual conversations will know how incredibly powerful they can be. I will also happily work directly in French or Catalan.

I work one-on-one with clients by email, phone or video call (primarily Zoom).

Change has been my constant companion since an early age. Like another member of the family. Living in 5 countries, studying in widely different fields (Law, IT and coaching) and working both within large organisations and for my own company across different industries, change has always been in my backpack. Most of this was by choice. Rather than be a prisoner to a set path through life I have continually sought freedom and reimagined the rules as the need arose.

I have also had unwanted change thrust upon me. There were times it wasn’t easy like losing my dad at a tender age and I have been lucky to have some great people help me bridge the gaps. It has also helped that I am pretty committed to play and to board games in particular. This extends from Chess to Catan and Risk and plenty in between. What relevance does play have for change? Play is a gateway to a separate universe where different rules apply – a threshold between the current reality and future possibility. Children are particularly good at tweaking these rules to make the play more interesting. Adults a little less so. And yet we all live by rules. Do you know what rules you live by? How to change them?

I first encountered coaching as a young manager in the late 90s in a global localisation firm when I led a team of project managers, most of whom were older and had more project management experience than I did. It quickly became apparent that a top-down management approach wouldn’t work and that they were in essence the experts. My job was thus to unlock their potential. It amazed me how when they came to me with issues that they also brought the answers but just needed me to unearth them. This sowed the seed for a life-long fascination with coaching. What I lacked, however, was a really good coach to turn this fascination into a clear plan. Indeed, it was almost two decades before I finally resolved to bring the power of coaching to others, in the meantime continuing to run my own business, managing projects, people and translations.

My journey formally started when I was sent on a Leadership Programme relating to my volunteering work. This developed my inner coach and gave me the impetus to take my journey to the next level and sign up first for a Certificate in Coaching and then to UCC’s 2 year Personal and Management Coaching Masters. This has added a strong understanding of coaching approaches and psychology. It has also allowed me to embark on journeys with clients that have been both humbling and satisfying. More recently, I completed Dr. David Drake’s Integrative Development Practitioner program at the Moment Institute. Dr. Drake is a proponent of serious play that allows clients to have new experiences rather than collect more explanations. Seeing the power of this approach first hand and how people can get a better sense of themselves and their next steps in life and business never ceases to excite.